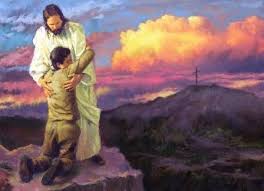 Every time I hear Ryan Stevenson’s Song “No Matter What,” I think of the addict who questions whether they are too far gone and incapable of making a change. My heart wants to scream, “No! There is hope.” It isn’t a pat answer to the questions, and it isn’t an easy choice or process. I am currently reading The Refinery: Overcoming Drug Addictions through the Supernatural Power Available to You by Ronald Gibson. Gibson considers his supernatural methodology as “purging and purifying.” It isn’t easy going through the purifying process, but it is life changing. It holds true for anything that holds us captive. I know this personally. I am not an addict, but for many years, I walked a dark path of destruction. What makes it hard to fathom is I was actually a Christian. Let me tell you the purging and purifying process nearly destroyed me, but I came out of the refining fire stronger than ever. Before I made the decision to change, I thought God would never accept me or forgive me. Not true! Ryan Stevenson says it well in the lyrics of his chorus:

If you are an addict or you have a loved one who is one let them know no matter what they’ve done, they are loved and accepted by God. I know some addicts who have done desperate things to get their drugs, things they deem unforgivable, but it will NEVER be true with God. Everyone may desert them or abandon them because of their actions, but God will not. He takes the worst of the worst and loves them right where they are. Because of His great love, Stevenson’s lyrics ring true:

It is time to get clean. It is time to help your loved one get clean. I believe once you become an addict, is no longer a choice. It becomes a brain disease. However, I firmly believe an addict can make a choice to take just one step toward the cross. God will meet them where they are at. I saw it with my son. Once he made the decision to run toward God instead of away from Him, everything began to change. I can see the beautiful picture of it in my mind. God’s arms of love wrapped around the addict in a loving embrace. From then on, the journey toward wholeness is not taken alone. I can hear God saying what Stevenson says in his lyrics, “You’re still a daughter. You’re still a son. No matter what.” So make a choice to get clean today.

Posted by Fortifying Your Castle at 8:18 AM