Breaking the Stigma of Addiction: A Promise to Justin Forrester and Plea to You 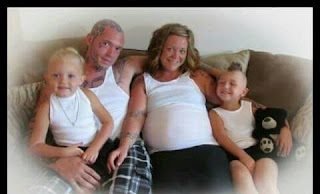 It is time to break the stigma regarding addiction. Contrary to popular belief by those who do not understand addiction, addicts are not weak individuals. They are not evil and depraved human beings. An addict is no different than their neighbor, their church body, or their coworkers. An addict is no different from you or me. Addiction is no respecter of persons, and it doesn't care about race, gender, or social status. It doesn't care whether you live in the suburbs or the inner city. An addict is simply a human being.

Addiction is not a choice. Yes. The very first time an addict uses it is; however, once the addiction starts, they are no longer in control. It creates a permanent imprint on the brain. According to AddictionCenter.com, "Addictive substances physically change the brain over time. When an addiction develops, changes in the brain cause users to prioritize drug use over all else." However, addicts can make the choice to get help, but it is tough journey to recovery. With the aid of professionals through inpatient or outpatient care, through the love and support of family and friends, and through connections with a strong support group and sponsor with Alcoholics Anonymous or Narcotics Anonymous, it is possible to find serenity and recovery.

The following piece is Stephanie Lynntala Forrester's raw and uncensored love letter and promise to her husband, Justin. It is also a plea to all of us. I am glad she allowed me to share this piece because it speaks of the misunderstanding many of us have when it comes to addiction. Read her story and see how she unveils the truth about being an addict. Stephanie knows the struggle of addiction first hand. As of today, she is 100 days clean. As of today, she is signing papers for her husband's funeral. Her strength amazes me, and her determination to break the stigma gives me hope that someday people will stop judging and begin to understand the horrible disease of addiction. It is not only taking lives, but it is breaking families, like Stephanie's, apart.

Stephanie's Promise to Justin and Her Plea to You

I PROMISE you Justin, I will keep your memory alive with the help of our friends. We have lived addiction, walked it, and, most importantly,now I HAVE to survive it while some of you sit on the the other end of the computer content in your ignorance. It hear that it is bliss. I have always wanted the same thing we all want. "True Love." The heart racing, soul fu***** stuff that the roll of the eye inducing movies are made of.

Lucky for me, I found it and I cherished it. I protected it. I stood by it through thick and thin. It was mine, and I was never letting go no matter what the cost. I spent 14 years with this man. Unlucky for me, I lost the human form of the person it was attached to. It went defunct in a trashy drug house minutes from my dad's house in Fairport, N.Y., surrounded by people who did not give a sh** about that love.

I lost the most precious person to me other than my children without a "goodbye" or last "I love you." I lost the keeper of my secrets, my duet partner, the finisher of my sentences, and the other half of my heart. I lost my security blanket, my hope, my sanity, my will to live, my plus one, and my emergency contact...I get it; you think it was my or his "choice." You think he didn't love me or anyone else enough. You think he was selfish, stupid, and weak...If I told you how wrong you are, you probably will not be convinced. We are the faces of a million "junkies" to you.

You might not care that he poured ranch dressing all over his fries and ate them with a fork, or that he always gave money to the homeless. That he said "helmlet" instead of helmet. You wouldn't care what an AMAZING artist he was. Or that he'd give me butterfly kisses on my forehead daily. It wouldn't matter to you if you knew how bad of a dancer he was, but he tried anyway at home in our room just to make me laugh. You won't be moved to hear that he loved my feet, and put my coat on me on our first date. That he was the biggest Momma's boy in the world, and it was adorable. The unconditional love he had for his children and how he ended every text with "I love you Always All Ways," but all of these things mattered to ME.

You base his worth on an image you have in your head. We walked though hell on earth together. I can't list all of his amazing qualities or how much I love and will miss my best friend, my husband. It just feels so important to me that you know this; there are good and bad drug addicts, just like there are good and bad NONdrug addicts. He would never judge you for being such judgmental ass*****. Is my pain any less because the person I loved was an addict? I know I probably haven't changed some of your minds. All I can ask is you honor mine and my family and friend's pain, just like I would honor yours if your husband dropped dead because he ate a good too many cheeseburgers. I ask that you do because we are all humans and we are all in this together. We need to love each other, stop being ashamed of the disease, and stand up and do something about it.
Posted by Fortifying Your Castle at 5:45 AM 1 comment: 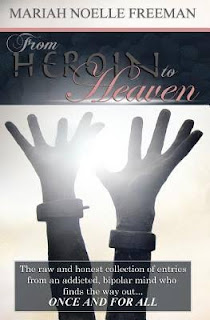 Mariah Noelle Freeman’s From Heroin to Heaven is a true redemption story. “Once I was lost, but now I am found” is the overarching theme of her collection of journal entries written for the addicted and the lost. If you know someone who is addicted to drugs or struggles with mental illness, her story will grip you and pull you in from start to finish. Having a son who is a recovering addict, it gave me hope. However, her story moves beyond just addiction. Anyone who grieves over the mistakes they made in the past and has experienced great loss due to their choices will benefit from her story. Freeman’s tender heart will encourage the reader to become more acquainted with Jesus and to love Him above all else in life and to forgive oneself as He has forgiven us.
Posted by Fortifying Your Castle at 10:25 AM No comments:

Below is Danielle Pierleoni's story of her brother, Steven, and his death due to a heroin overdose. Her heart's desire is to spread awareness so other's do not have to experience a similar tragedy. 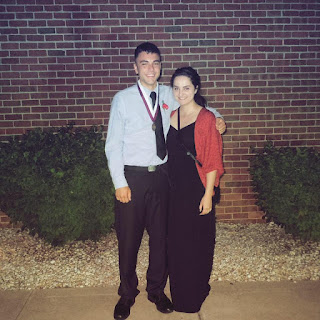 My name is Danielle; I’m 24, and I've lived in Rochester, NY all my life. I love my hometown even though it can often be a constant reminder of the tragedy that Heroin caused my family and friends. I have seen the way alcohol, prescription pills, meth, opioids, and other drugs have affected those around me; but I have never seen anything worse than the damages of Heroin.

This drug does not discriminate against age, race, class, gender, or sexual orientation. Heroin continues to take the lives of people young and old, black and white, gay or straight; it does not matter.

My brother, Steven, mistakenly took his life by using Heroin after 18 months heroin-free at the age of 20, just a short two months away from his 21st birthday. Before drugs, my brother was the life of the party. He was someone everyone looked up to and idolized. He was very handsome, intelligent, and downright hilarious. He was constantly laughing and always surrounded by friends. Steven was very charismatic and probably would have made a successful comedian one day.

However, once Steven entered high school, drugs began to play a huge role in his life when he began hanging out with older kids and local drug dealers. Drugs were at every party, down the street, and even in school. Smoking weed, drinking booze, and snorting pills were almost inevitable. Soon pills, Molly, Cocaine, and eventually, Heroin, became the new party drugs.

Heroin stole my brother’s life and many of his friends who were using. Nothing mattered anymore, only getting the next fix. When rock-bottom hit, the struggle to get better seemed nearly impossible. The lack of will, resources, and support left my brother feeling helpless. He felt ashamed and too shy to socialize, which led him back down his dark path after countless rehabs and finally an 18-month sober living program before he passed.

As the sister of an addict, I wish I would have been more vocal about my brother's addiction. I wish that I, too, was not ashamed of what happened to our family. We lost thousands of dollars to stolen jewelry, electronics, forged checks, hospital visits, ambulances, detox, rehabs, and sober living facilities.

I think we all wanted nothing more than to be normal again. My brother felt such guilt and shame; it was almost easier to go back to Heroin than it was to face reality.

My advice to addicts and their loved ones is to know you are not alone and support exists. Parents, friends, and family members, please make an effort to educate yourself as much as you can through research. There is more helpful information readily available to the public now that Heroin use has reached epidemic proportions.

Tell your loved one who is hurting you are there for them when they are ready to get help. All you can do is let them know you will support their sobriety in any way you can but NOT their addiction.

Enabling is so easy to do when you love them and want to see them get better. It's also very easy to be angry with your addicted friend or loved one. You must remind yourself the person they have become is not who they truly are. When Heroin takes over, they no longer think or act the way they normally did.

Think twice before saying 'yes' when your child's doctor (or your own) recommends prescription medications, especially opioids. These types of medications are highly addictive and often lead addicts to their next drug of choice. A drug that is much cheaper and doesn't require a script. The drug is Heroin.

Beating addiction IS possible. Do not give up so easily. Humans have more willpower than we give ourselves credit. You CAN overcome Heroin's grasp.
Posted by Fortifying Your Castle at 4:56 PM 6 comments: